The Tribeca Film Festival on its Closing Night About two weeks ago [April 28th] I attended the closing night at the Tribeca Film Festival at the BMCC Performing Arts Center at 199 Chambers Street. The final film being shown was entitled Fourth Estate. It was billed as a documentary about the New York Times coverage of the first year of the Trump Administration beginning in January of 2017. It's a four part series, of which we watched the first installment. The show will air on Showtime beginning at 8 pm on Sunday evening, May 27th.

Clouds had formed overhead as I made my way from the subway to the western part of downtown Manhattan. By the time I entered the Borough of Manhattan Community College Performing Arts Center [aka BMCC PAC] a light rainfall had already begun. I picked up my ticket and was escorted to a seat shortly before two of the three Tribeca Film Festival founders - Jane Rosenthal and Robert De Niro - joined filmmaker Liz Garbus on the stage to introduce the film.

The gist of the introduction was that real journalism and truth-telling free speech are under attack. Not just by the Trump Administration, but by changing technologies and economics as well. The first segment of the film followed the reporters inside the New York Times in NYC and in Washington, D.C. during roughly the first three months of the Trump presidency.

CLICK here to read the rest of our report on the Tribeca Film Festival premiere of The Fourth Estate film documentary about the NY Times coverage of Donald Trump.

The Tribeca Film Festival on its Closing Night Robert De Niro gave a rather impassioned speech, deriding Donald Trump for his failures at decency since the Donald began campaigning for president.

The Trump Presidency - A Documentary in Near Real Time

What we saw, what followed, was the first of her four part series, which was essentially a video chronicle of the first 100 days of the Trump presidency. For those of us who have also done some reporting on Trump's presidency - albeit as analysts using secondary sources for analysis - it was like returning to a frustrating bad dream. Trump's first 100 days included what seemed a very racist attempted ban of people from select Muslim countries, Trump's NSA Chief Michael Flynn resigning under a cloud of suspicion of wrongdoing, Attorney General Jeff Sessions recusing himself from overseeing the the FBI investigation into Trump / Russian collusion, and dozens of Trump lies, attacking and berating the free press - even going to far as to call the American media the 'enemy of the people' at CPAC [Conservative Political Action Committee].

The film is a TV documentary, which naturally lacks some of the drama of a feature film, because it's reality. But the film seemed to do a yeoman's job of capturing the diligence, integrity and - to the extent reporters / humans can - the efforts of the New York Times reporting staff to report impartially. There were times when the film, with the aid of music, moved quickly like an epic drama, but at other times it seems to drag on.

We were taken slightly into the personal lives of some of the New York Times staff, which happened at times in a parallel and interconnected reality with their work lives - just as it does for most of us. We see snippets of chats with spouses and children, and are given bits of history of some of the NY Times personnel, including that the Executive Editor dropped out of college, and that the Washington Bureau Chief once worked for Rupert Murdoch's NY Post. What we witness in the film is what we had witnessed in reality just a year ago in 2017 - meaning the constant lies and deceptions coming out of a White House that increasingly is looking more like a Nut House, and the emergence of what could be one of the most incredible stories of our time - the collusion by an American presidential candidate with a hostile foreign power - to win the office of the presidency of the United States.

We are witnesses to the escalating war by the Donald on the media. One of the story threads is the NY Times staff's efforts to avoid getting sucked into the scuzzy vortex of the Trump Presidency. Trump repeatedly casts aspersions on the NY Times calling them fake news or the failing New York Times. But even as Trump bashes the New York Times, he still [b]eggs them on to do a positive story about his presidency. We are witnesses to some of the debate regarding the conundrum within the NY Times on how to cover a president who doesn't seem to respect presidential norms, sometimes appears not to respect the nation's laws / Constitution, and oftentimes disrespects the norms of decent behavior. The film also shows some of the interconnectedness of American news organizations, as they appear to feed off of one another, in what I have come to see as something that appears like group think.

Some of America's best and most powerful media outlets including the Washington Post, MSNBC and CNN, in tandem with the New York Times, are all seen struggling to make sense of the chaotic events and cast of near-comic-like characters of Trump World including Paul Manafort, Sean Spicer, Michael Flynn and near the end of the film, one of Trump's biggest media supporters, Fox 'News' Bill O'Reilly, who makes headlines due to sexual harassment allegations.

There's another thread that is touched upon in the film and that's the changing economics faced by news organizations including declining subscription and advertising revenue, and increasing costs. There's a bit about how the NY Times was consolidating floors within its building on 40th Street and 7th Avenue in Manhattan, as well as how multi-billionaire Jeff Bezos bought the Washington Post and then moved their offices to reduce costs. And news organizations are also challenged to redefine how they report the news because of Trump's use of Twitter which essentially bypasses his own Press Secretary, along with the branded news outlets.

The Fourth Estate - Not For Everyone but Should be? What the film showed was interesting to those of us in the news business, and likely to news junkies, but possibly not to John and Jane Q. Public. The film showed some of the public end of news gathering like interviewing politicians at CPAC, and some of the office part of news gathering seeking information confirmation via telephone. The film also included some of the processing of news via staff interactions and discussion. But what the film didn't show [and for good reason] was the behind-the-scenes news gathering that's done in seeking and cultivating key sources, to obtain first hand information to break to the public.

After the film screening some of the people involved in the making of the film, along with some of the NY Times staff featured in the film, took the stage for a discussion followed by Q & A.

The film is followed by three more segments, and as mentioned at the beginning of this story, the series will be shown on Showtime beginning in May.

It's worth adding that there were many other notable films at the Tribeca Film Festival, as well as video games and film related exhibits. 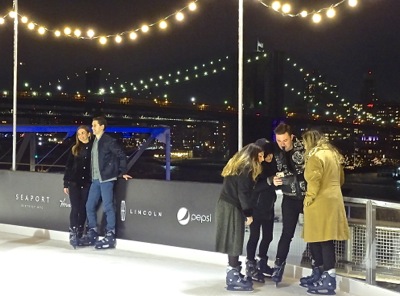 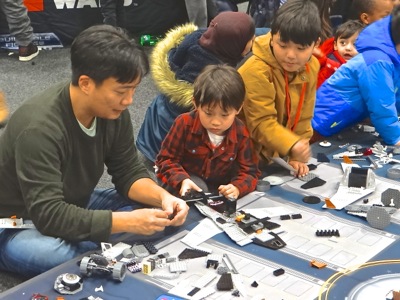 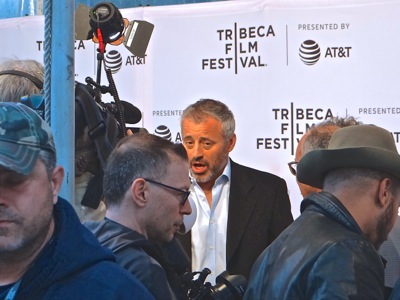 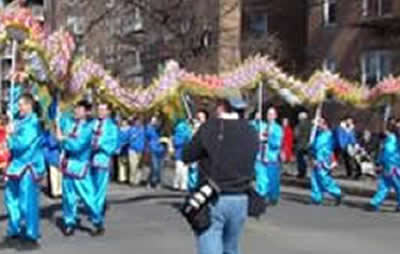 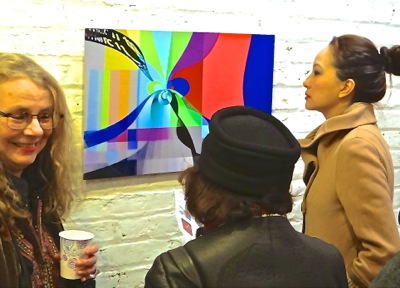